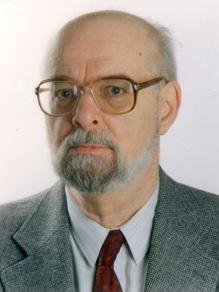 You can find an extended biography of Carlos Jaschek online at BAAS obituary in the ADS.

The SEAC (Sociétè Européenne pour l Astronomie dans la Culture/European society for Astronomy in Culture) has established an award to encourage research into the relationships between astronomy and culture. It is named to commemorate the outstanding contributions of Carlos Jaschek who died April 1999, an emeritus professor of the University of Strasbourg (France), director of the Strasbourg Observatory and creator of the information centre for stellardata. He was a well-known astrophysicist who worked mainly with stellar physics and thetaxonomy of stellar spectra.

We use cookies to optimise our website and provide you with the best possible online experience. By clicking on "Allow all" you agree to this. Further information and the option to allow individual cookies or to deactivate them can be found in our privacy policy.